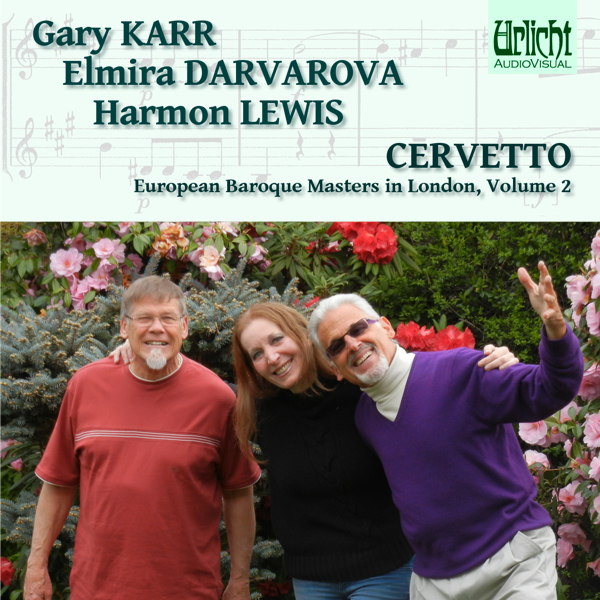 European Baroque Masters in London, Volume 2 presents the world premiere recordings of Gary Karr‘s edition of six trio sonatas composed by Giacobo Cervetto, who spent much of his professional career in London. Cervetto, a renowned cellist and colleague of Handel (in whose orchestra he frequently played), was also a composer of cello music which has only recently been rediscovered.

European Baroque Masters in London, Volume 2 is the second CD by the trio of Gary Karr, Elmira Darvarova, and Harmon Lewis to explore rare repertoire composed by Baroque virtuosos. The first CD showcased music by François-Hippolyte Barthélemon and Handel.

Gary Karr is the king of the double bass, one of the world s great string virtuosos. In the recording he is joined by Latin Grammy-nominated violinist Elmira Darvarova, former concertmaster of the MET Orchestra whose many recordings have met with strong critical acclaim, and Karr s longtime keyboard collaborator Harmon Lewis. A must-have recording for fans of double bass, baroque music, and just plain terrific music-making.