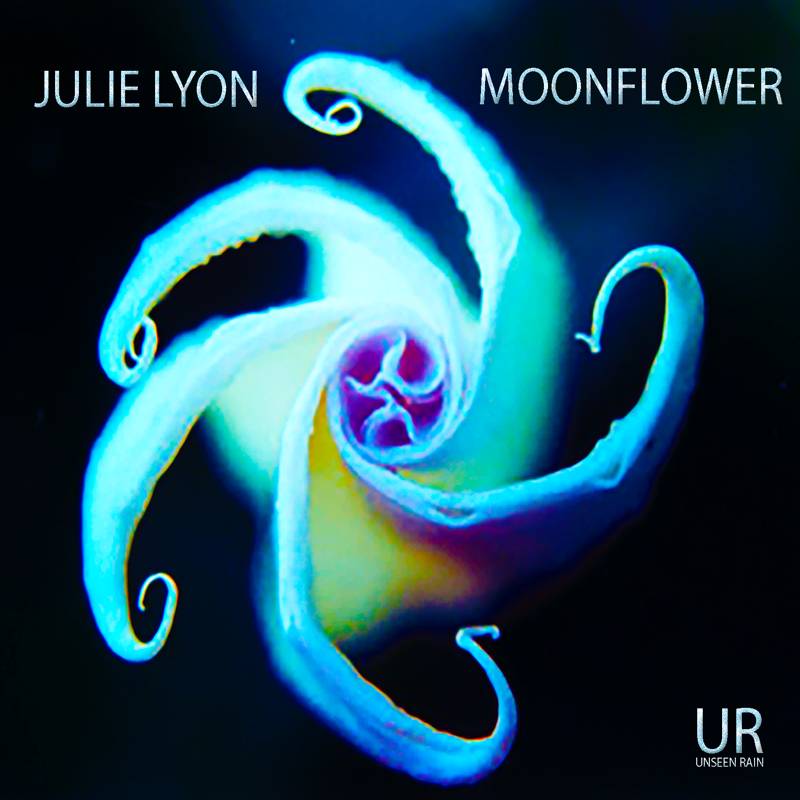 JULIE LYON‘s new album MOONFLOWER, her follow-up to the critically acclaimed JULIE, features original songs and compositions and is in many ways her first solo album. Though accompanied by her band, the focus is not only on Ms. Lyon’s considerable vocal talents but also on her role as lyricist and songwriter.

The seeds of MOONFLOWER were sown when Julie began to write lyrics to some of composer Jack DeSalvo’s music. It became obvious that recording this music would be the vocalist’s next project and music by Julie Lyon along with additional collaborations with Tom Cabrera and Betsy Serafin create a tapestry of sophisticated listening experiences with music touching new jazz, folk and world music but always rooted in Julie’s sense of swing and the blues. The title song MOONFLOWER is written by multi-instrumentalist/composer Matt Lavelle.

“Ms. Lyon shows that the she knows exactly what she is doing here and executes all of her songs exquisitely. She’s the real deal in her element here with a voice that is like a nice chianti – Smooth, subtle, complex, and a little playful. When she is singing, what you hear is not only the lyrics, but a visceral love of singing that shines through her instrument, very refreshing and appealing.” – Jonathan Shade, Night Life Exchange