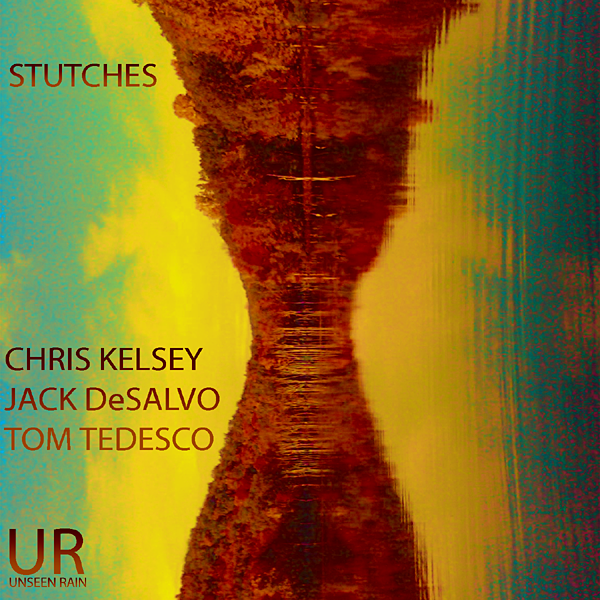 Chris Kelsey has an international reputation as one of the most distinctive and forward-thinking saxophonists in jazz.

Saxophonist/composer Chris Kelsey has a recorded nearly a dozen CDs as a leader of his own distinctive ensembles. His innovative compositions and highly individualistic instrumental style has graced such albums as The Crookedest Straight Line, Vols. 1 & 2, Wishing You Were Here, Beyond Is and Is Not, and his most recent, Not Cool ( as in, “The Opposite of Paul Desmond”). His band, The Chris Kelsey 4, has performed at top jazz festivals, including the What is Jazz? Festival, The Heineken Jazz Festival, The Bell Atlantic Jazz Festival, and the New York Jazz Festival. He”s also performed at top night clubs and performance spaces, including The Knitting Factory, Roulette, CB”s Gallery, and many others.

As a writer, Kelsey has written for most of the top U.S. jazz publications, including Cadence, Jazziz, and JazzTimes. He”s contributed extensively to The Music Hound Jazz Guide, The All Music Guide to Jazz on CD, and AllMusic.com. Kelsey”s “Artswatch” column appeared in Ms., and his “Notes from the Apple” column was a monthly feature in Jazz Now. Kelsey worked as the Assistant Editor at Onstage, and most recently as an editor and contributor to Ted Gioia”s Jazz.com.

Chris Kelsey was born in Maine and raised in Oklahoma. He began his career in music working in jazz and rock bands around the Oklahoma City area. After attending college and receiving his Bachelor of Music Education from Central State University (now the University of Central Oklahoma), he moved to New York City, where he became active on the Downtown experimental music scene, first as a saxophonist, later as a writer. From the mid 1990s, he played extensively with such innovative musicians as Phillip Johnston, Dominic Duval, and Steve Swell. For Jazziz and JazzTimes, he documented the scene, reviewing performances and profiling such major figures as Charles Gayle, William Parker, Borah Bergman, and Rashied Ali. He also curated the A Mica Bunker Series for Free Improvisation, and founded its successor, The Bunker Annex.

Kelsey recorded his first album, Stomp Own It, in 1992 for his own Saxofonis Music imprint. In 1996, he began a long-lasting relationship with producer/publisher Bob Rusch”s C.I.M.P. label, for which he would record extensively over the next decade. In 2009 Kelsey started his own label, Tzazz Krytyk, on which he released his latest album, Not Cool.