An empire in collapse. A daring escapee.
A deeply personal program of music from a time of turmoil — and hope. 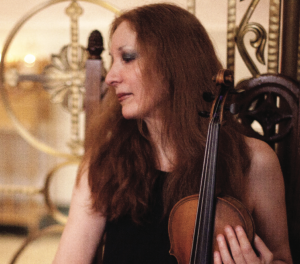 Violinist Elmira Darvarova was communist Bulgaria’s worst-kept artistic secret. News of the young virtuoso’s talent had circulated in the West during the 1970s — even coming to the attention of Jascha Heifetz. An artistic collaboration with legendary cellist János Starker led to her daring escape from Bulgaria. She emigrated to the United States, where she eventually became the concertmaster of the MET Orchestra and founder of the New York Chamber Music Festival. Darvarova has extensively recorded both classical and world music, championing scandalously underexposed works by such composers as David Amram, Amanda Maier, Franco Alfano, and Joseph Marx.

Violin Declamations from the Twilight of the Workers’ Paradise is her most personal recording to date — a program of solo violin works from the waning years of the Warsaw Pact and Soviet Union by composers, including several that had been denounced as dissidents in their own countries, whose music was exposing the cracks in the “glorious workers’ revolution” — but also expressing glimmers of hope. The program includes four world premiere recordings. Darvarova also includes a detailed essay on the music and a first-hand account of artistic life behind the Iron Curtain.